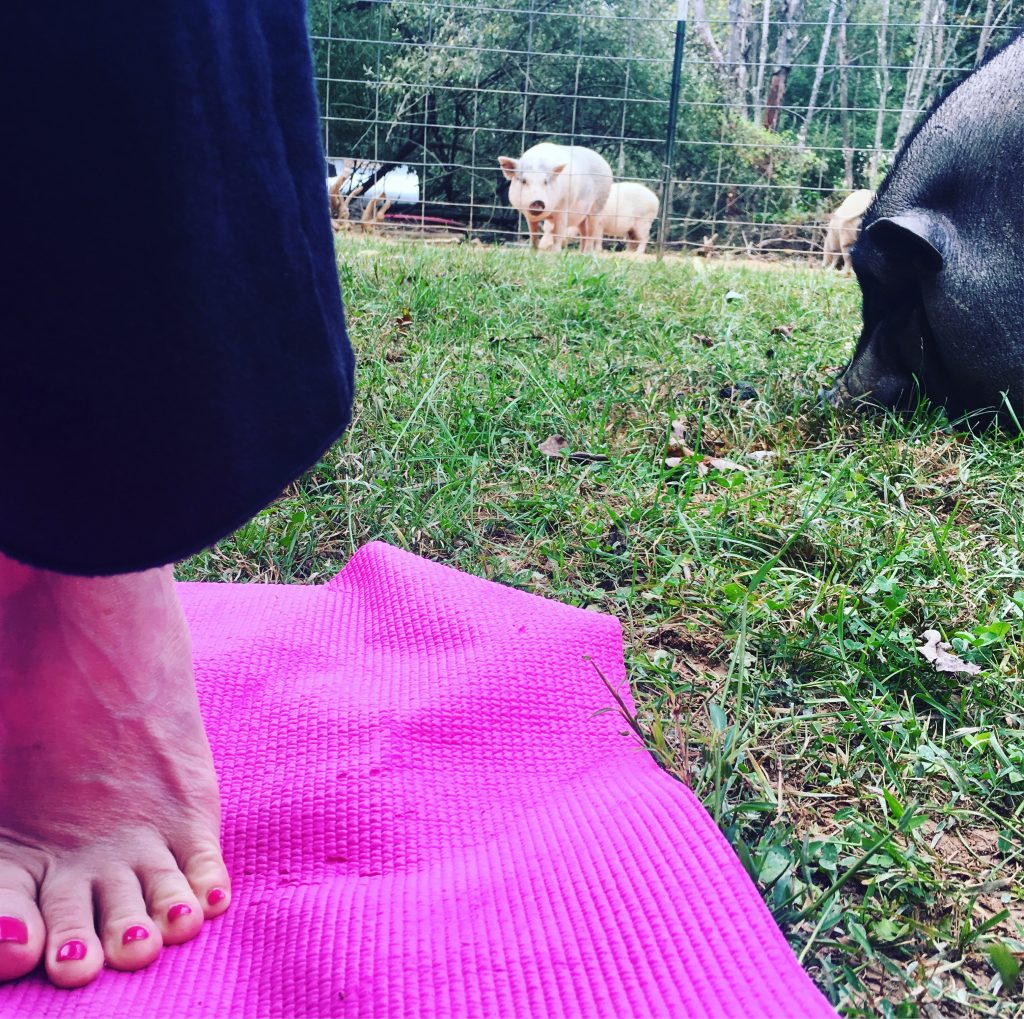 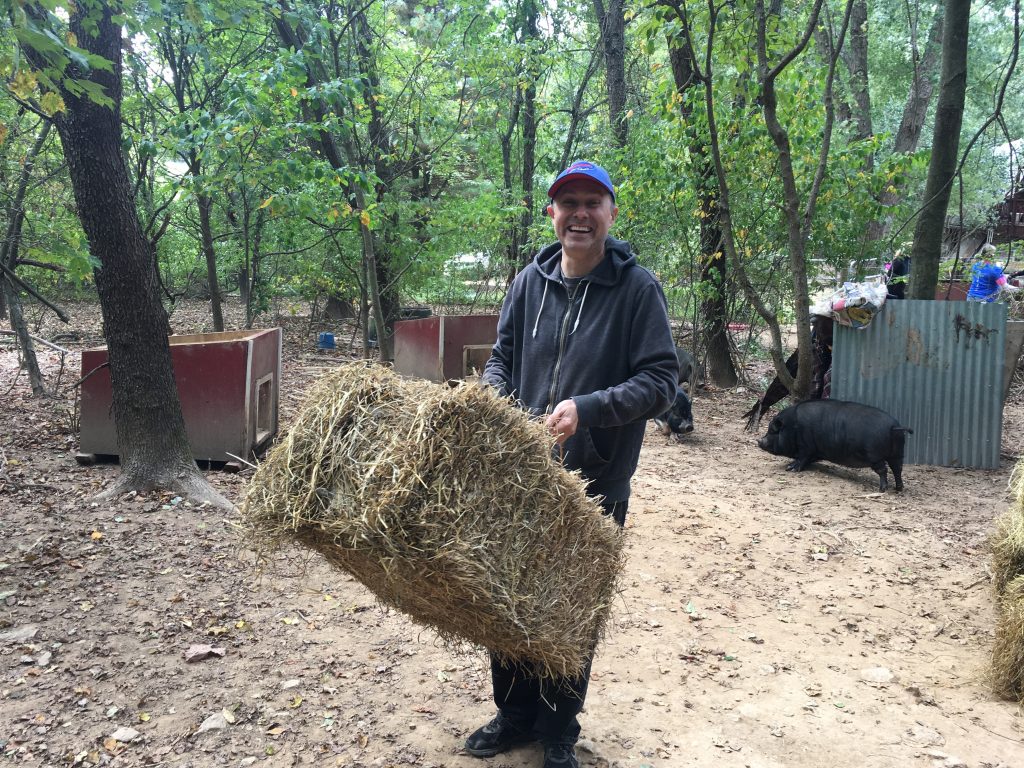 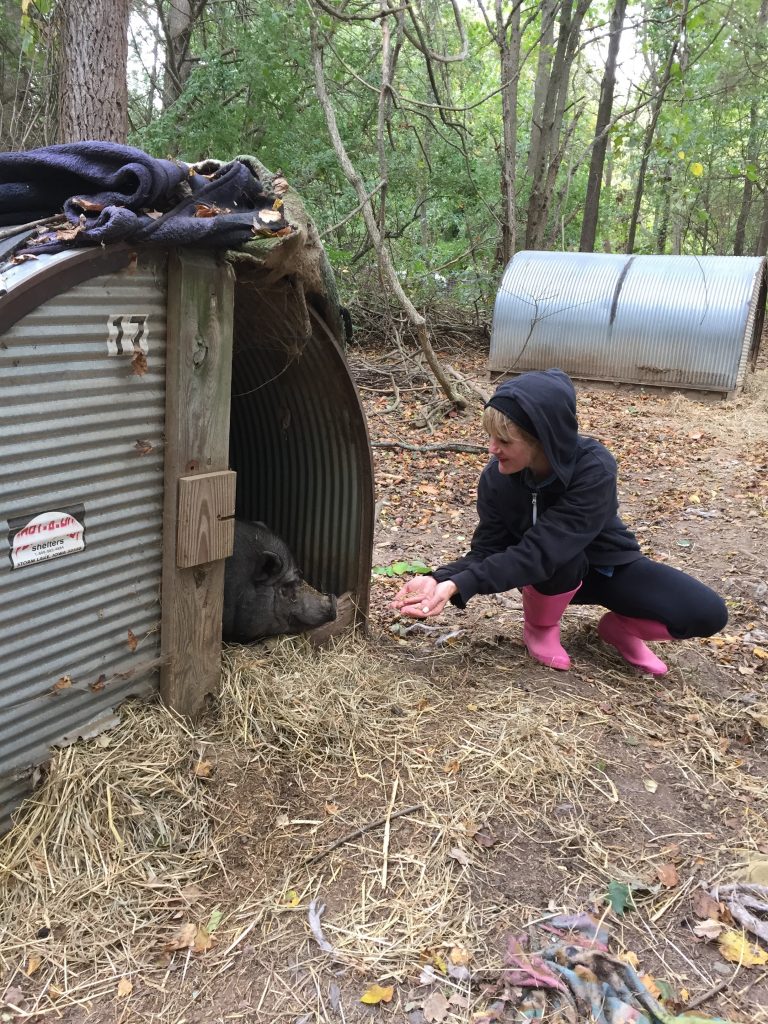 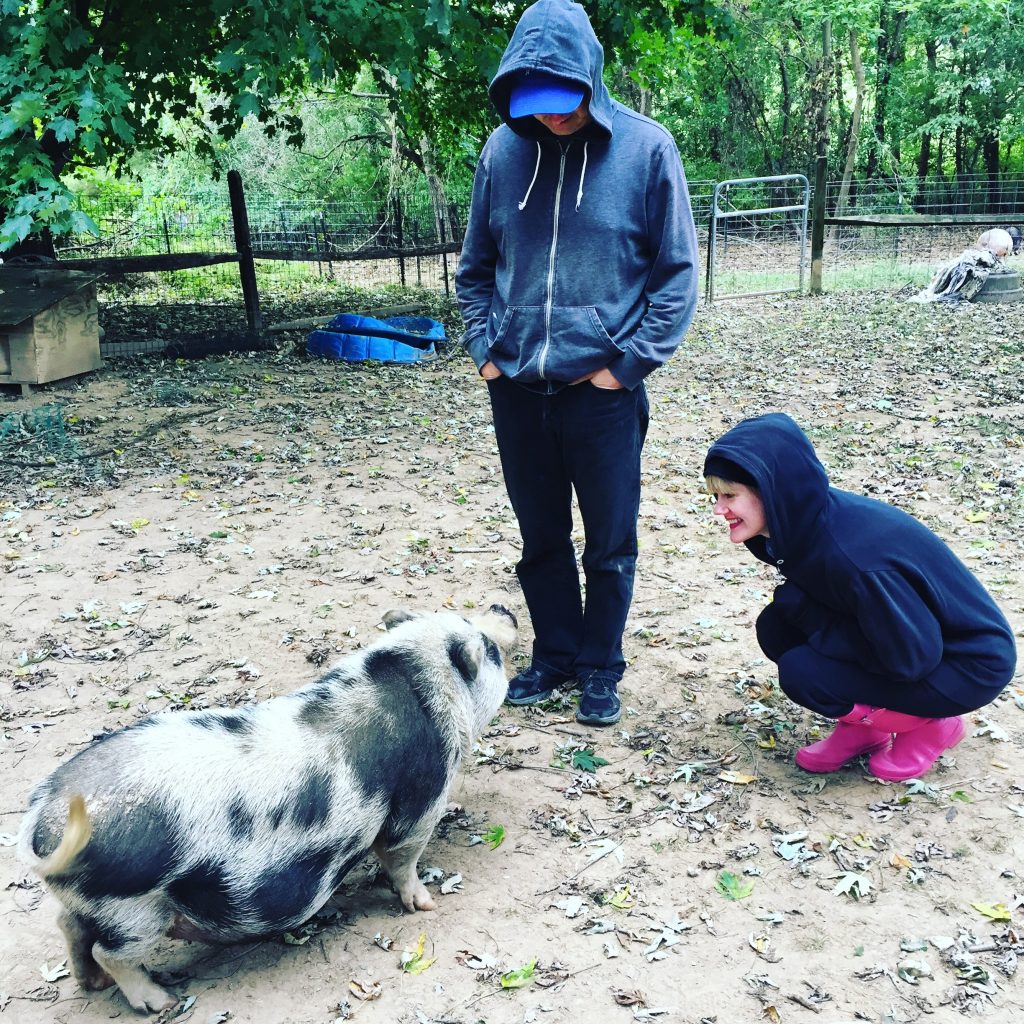 After an hour and half drive from DC, Tim and I returned to Whispering Rise Farm & Animal Sanctuary for a yoga and volunteer experience one crisp fall day late September. While I did yoga with potbelly pigs wandering about, Tim biked around the area. Truthfully, I was so distracted with petting the pigs and snapping photos that the yoga practice was secondary to the experience (see first pic).

Next was a tasty vegan lunch followed by volunteer time. We chose one of the many tasks needed by the sanctuary owner, Jeff. Tim and I took on the glamorous job of cleaning out the straw in the aluminum pig houses set about the property. With pitchforks and brooms in hand, we headed to our first huts to pull out all the old straw. The pigs had pulled in lots of twigs and branches so we hauled that out, too.

Then we hauled fresh bales to the huts, broke them open, and sprinkled the straw inside. After a couple hours of this, we were at our last hut. In the second to final photo you’ll see me trying to lure out a senior pig with food so that I could freshen up her straw. She wasn’t having it.

In the final photo, we’re saying hello to Hank—the first potbelly we met during our last visit.

Supporting the sanctuary through Pigs & Pugs Project donations and volunteering has been a real treat. We look forward to returning!